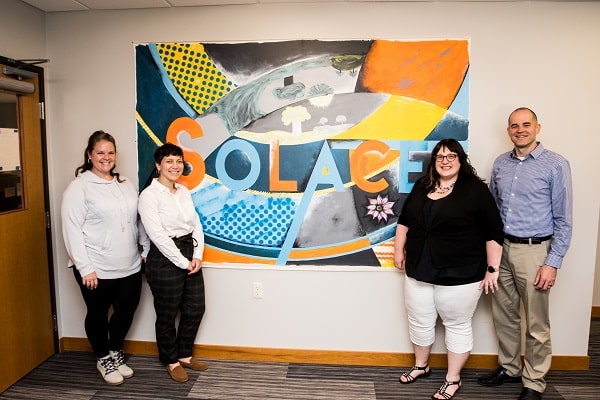 Working over a large area of 30 small, rural counties with towns that sometimes only have three-digit populations means collaboration is a key to success for Southwest Minnesota Housing Partnership (SWMHP). Chief Operating Officer Kristie Blankenship explains:

“We’ve never had the mentality of, ‘We’re going to come in and tell you what you need.’ It’s always been, ‘We want to learn about your needs and help you develop something that fits your community.’ We’ve had great, strong partnerships with our communities throughout the region because of this,” she said.

They have partners in their “circle of friends” spanning all 30 of the counties in which they operate. They rely on these friends to foster creativity and connectivity. For example, when one of the counties they partnered with recently reached out to ask SWMHP if they’d help facilitate an eviction prevention program, SWMHP immediately started digging into the root of the problem.

“It’s not always, ‘I have a housing need.’ That may be where the conversation started, but it expands into so much more, about what other services we can provide or help connect them to,” Blankenship said. “A lot of success s about just keeping up those connections.”

Growing with Mission in Mind

SWMHP started in 1992 with $32,000, when three community action agencies united with a regional development commission to support 18 counties in Southwest Minnesota. The initial charter was written for just two years, and much of the early work was in response to natural disasters, including flooding and tornadoes.

SWMHP’s first tax credit deal was in 1997 for a 24-apartment development. They currently own more than 50 properties, with 2,000 apartments. The construction department has expanded to include third-party management, testing, and contracts as the local building official, as many communities in rural Minnesota don’t have those available. SWMHP also provides asset management for other organizations.

SWMHP now covers 30 counties in Southwest and South-Central Minnesota, and their staff has quadrupled. They will celebrate their 30th anniversary next year.

While the words of their mission have changed slightly over the years, the sentiment has remained the same, Blankenship said. “Our current mission statement is, ’We partner with communities to develop places for people to call home.’ We’ve always been about providing homes, and meeting people where they are.”

SWMHP had planned to ramp up work on single-family developments this year but are holding off due to the high costs and supply shortages caused by COVID.

Instead, they helped administer the state’s COVID Housing Assistance Payment Program for past-due rent and utilities, which totaled over $400,000 in relief to its communities.

“While we were concerned in the beginning, particularly as with LIHTC there’s not a lot of rental income, we were pleasantly surprised that we were able to come through as well as could be expected. Not as big losses as we’d first anticipated,” Blankenship said.

Increased costs and supply shortages are likely to be temporary challenges, but the pandemic brought to light another struggle that SWMHP has long understood: The challenges of rural broadband connectivity.

Through “sheer luck,” Blankenship said, SWMHP had just transitioned to Microsoft SharePoint — a web-based collaboration platform — at the end of 2019 because its previous server was no longer supported. Due to its wide service area, only a handful of the staff live near SWMHP’s headquarters. The idea was that increasing their connectivity would help the work run more smoothly. At the time, they didn’t know how vital that would be.

“Being a smaller rural provider, we always had challenges regarding connectivity and technology. Remoting in was difficult, and some staff previously didn’t have laptops. Looking back, that was the smartest thing we did,” Blankenship said.

SWMHP’s staff worked with residents to ensure they had what they needed and were connected to resources that could help, whether they had easy internet access or not.

Its Solace Apartments in St. Peter, MN (population 11,953), is 100% devoted to supportive housing for families reunifying after an incarceration or dealing with addiction and recovery. While in-person services stopped during the pandemic, SWMHP’s tenant services navigator stayed in touch with the residents to help prevent isolation.

Shortly after Solace first opened, they received funding through Artplace America to bring in artists. They hosted storytelling gatherings with food and stocked two community rooms with art supplies.

“So many residents are eager to share their stories and the role that Solace and SWMHP have played in their recovery,” Blankenship said.

SWMHP held their NeighborWorks Week event at Solace, bringing in an artist focused on food insecurity, and together the residents helped develop community gardens. SWMHP has also embedded a photographer in one of its developments, and the results he gained working with families and kids were informative, Blankenship said.

Hosting four resident artists in their office for staff has helped improve their internal communications as well as helped them better tell the organization’s story.

“Artists have a different way of looking at things, getting people to talk and bringing them to the table,” Blankenship said. “It’s been a great learning experience.” 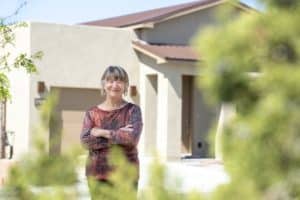 As the cost to buy and to build a home climbs, and demand 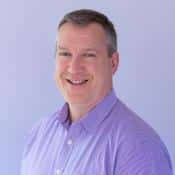 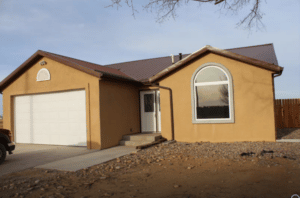