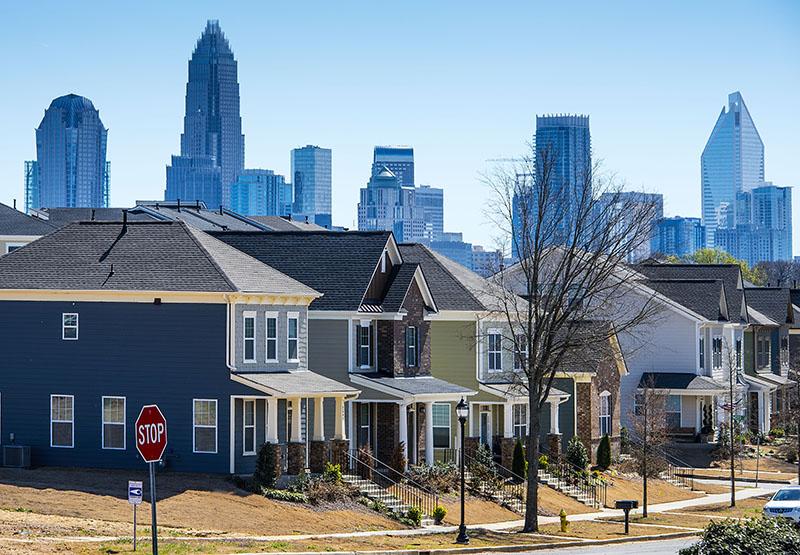 Charlotte-Mecklenburg Housing Partnership, Inc. (CMHP), based in North Carolina, has taken many risks over the years—which have paid off by turning communities away from crime and neglect and toward vibrancy and cohesion. CMHP’s strategy? A deep, unrelenting focus on the people themselves and what they say is best for their future as a neighborhood. CMHP didn’t do this alone. They worked with the City of Charlotte, local police, community leaders, funding partners like NeighborWorks Capital, and others to build a solid track record of success. Armed with a freshly inked strategic plan, CMHP is looking ahead to continued progress. We spoke to their President, Julie Porter, and their COO Fred Dodson.

NeighborWorks Capital: CMHP has focused on a very specific region—a large-scale redevelopment in Charlotte, NC, within a mile and a half of the City’s urban core. Tell us about that strategy.

Julie Porter: We’ve been able to have stronger outcomes because we’ve had a steady concentration on the area. Over 30 years, we’ve built and rehabbed hundreds of homes. It’s an accumulation that has turned those neighborhoods into a vibrant place to live. It requires a deep commitment to the neighborhood. It’s harder because you have to be collaborating closely with the residents and you’re not working toward your goals, you’re working toward theirs. Are we needed? Sure. But are we wanted? That’s the critical question. We bring that capacity to the neighborhood.

NeighborWorks Capital: What is the value of a strategic plan to you?

Julie Porter: We did an assessment and focus groups in the community and what came back was that we’re well thought of and have good capacity. What it set us up for was more affordable housing, more work in neighborhoods, more home ownership, and developing resident services, which we’ve never done before. Strategic planning helped us understand ourselves a lot better.

NeighborWorks Capital: You’ve said your work started in the late 90s working in smaller pockets and that you took steps like renaming streets that were associated with crime, purchasing properties that were neglected, and seeing results. What came next?

Fred Dodson: The next step was to plan our work, and that’s when I came along in 1997. We put together a plan for the Statesville Ave corridor—work usually done by the city, but they had us lead the planning. The city adopted that plan in 2000. It was comprehensive and really detailed our vision for the corridor. We were very ambitious. We have since accomplished most of what was in that plan even though many said it was impossible.

NeighborWorks Capital: What’s the biggest risk CMHP has ever taken?

Fred Dodson: In 2007 we did the largest development we’d ever done [Double Oaks Apartments]. We took a real chance. It was privately owned and headed to foreclosure. There was a HUD loan on it that was not being paid. Only two-thirds of the more than 500 units there were occupied. The property was dilapidated. We saw an opportunity and took it even though it was a very uncertain time because of the economy.

NeighborWorks Capital: We’ve worked together quite a bit over the years! Tell us about your experience.

Julie Porter: Because you have the same mission we do, which is to strengthen neighborhoods, there is a great partnership with NC. It’s hard for people to understand the importance of access to capital and especially quick, well-executed capital. You’re reliable. Someone we can always count on–flexible and nimble. When creative financing is needed, you’re there.

Fred Dodson: What used to be Double Oaks and is now BrightWalk started in 2003-2004 and NC was there. We applied for a loan to pay for the initial work needed–to buy the Double Oaks apartments. But we first wanted to do studies to see if it was feasible to redevelop that property. That’s how we used that initial loan. It was extraordinarily important to that project. That wasn’t our last NC loan!

Another NC loan was used to purchase the “front door” to the BrightWalk community. A portion of that site was problematic because of the crime on that four-acre parcel. We had a plan to redevelop that with tax credits. The NC loan was instrumental. The timing was during the economic collapse of 2008. We took the time to really concentrate on the design of our tax credit developments. We received NC loans for all of the affordable communities in BrightWalk and kept our focus on the design so that what we built there would look like market rate development. Because we knew that later on we would put in market rate homes. It’s always our goal to make our affordable housing high quality, just like market rate.

NeighborWorks Capital: How has partnering contributed to your success?

Julie Porter: We have had a strong partnership with the City of Charlotte. The city has provided millions in funding. We’ve been able to use that to leverage additional NC money. Those are the kind of resources you’re going to need to revitalize neighborhoods.

Fred Dodson: We worked very closely with the police department to identify properties we should buy. Crime dissipated by the late 90s and stabilized the area. We also worked closely with the neighborhood association.

NeighborWorks Capital: What advice would you give to organizations like yours that are looking to focus deeply on an area?

Julie Porter: I’ve always been a strong believer in community engagement and community building. There is a full-time person from CMHP on the ground all the time engaging with the people in the community. Some of the neighborhood leaders have gained their own capacity and gotten to the point where CMHP is not as needed in a neighborhood. If we are able to build leaders that can take over the work, that’s a good thing!

We create communities–it’s not just about counting units but what kind of communities are we creating. We have so much more capacity now than we did when I started. The BrightWalk community was the flywheel that got us going. That was an extraordinarily difficult development, but we did it! The biggest lesson we learned was that you have to have vision. You have to push yourself to have an impact, and we certainly did there. 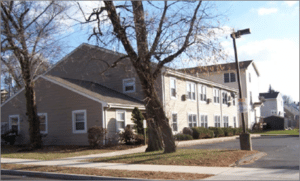